Probably the greatest obstacle to creative output in Ireland is money. To eat one earns, but one cannot live happily in the service of ones stomach. This is pretty ironic since the Irish economy is doing well and we hav 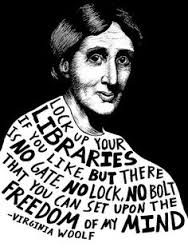 e a very high standard of living. The irony comes from the fact that much of our wealth, and by this I mean disposable income goes towards paying for the one thing we all need and cannot do without: housing. Rental accomodation especially is reaching extortionate levels and those of us who can afford to actually rent somewhere spend a huge proportion of our income on paying for a roof over our heads. Add to this the kinds of treatment many of us recieve from Landlords, and you have a picture of a market driven greed where Landlords and banks, despite the kinds of new legal constraints put upon them, are pushing the market to a near breaking point where people are actually telling me it would be cheaper to go on the dole and get rent allowance than spend most of their day earning money that they will hand over to their landlord or bank. This state of affairs is particulary challenging for artists who expend huge amounts of time and personal resources on creative outputs that may take years to reach fruition. Its impossible to do anything long term if you are exhausted after a long day earning money to sustain ones body. Its beyond frustrating if one has a family, loved ones and dependents the idea of writing a novel or a screenplay or whatever is incredibly challenging indeed.

There is a rather radical solution to this problem, one that requires sacrifice of ego and of course a willingness to embrace a lifestyle that is very much against the modern notion of the atomised sophisticated urban dweller hooked online and working in the kinds of office envoirnments that require almost unlimited availability and a three hundred and sixty five degree visibility. As I am somewhat out of touch with this lifestyle myself I am speculating, but I do see the effects of this working envoirnment on people I know and care about, and I see that we now live in a world where, yes, one does have a job, a place to work where one earns a wage, but that for more people, the job has them. Its a byproduct of connectivity, an online availability, a world where monitoring of all aspects of our lives has become commonplace, accepted, and this consequent loss of privacy has eroded the very space where artistic output has its source.

The notion of an artistic community, one with a constitution and laws and codes of conduct, a place where artists live for whatever length of time they need, has been of course tried before and has failed mainly because of its over idealized image of just what it should be like for people living together. Look at history: We need laws to prevent us from hurting each other. We need to be policed. We need to deal with all our problems and addictions and our jealousies and infidelities. In other words, we are human. But more than anything those of us who are artists need a place where we can go to work long term where we pay a moderate level of rent, where we are free from the constraints and pressures of a work world that drains us of the energy and resources and even the desire to pick up a pen, type something into a computer that resembles a story or a novel, begin another painting, or write another screenplay. Indeed money makes the world go around. Isnt it strange that money can also make the world stop going round, especially if you work in an industry that the world looks upon as less than?  Of course the are many grants available and artistic retreats and houses one can go to for short periods of time, but the availaibility of such grants is limited and though writers and artists apply frequently for such funds, they are more often than not refused and a tiny proportion accepted. Something radical is needed. Artists need to take back their power and do it for themselves.

Artists, the really good ones I know, are quite rightly obsessed with money. They have been stiffed so many times by so many people. They are expected to work for nothing, live like quasi paupers, are treated as a joke or a disappointment by their family, their well to do friends, or indeed by the general public. Its not good how artists are looked down upon by people in general. How many times have I heard the following exchange:

“What does Jane do?”

“Oh, Jane? Well, you know, she’s an ARTIST you see…her family pays for so much, you see…”

One can only imagine how Jane feels on hearing these kinds of remarks.

Artists are particularly prone to a panoply of depressive illness, addictions, psychiatric disorders and a general feeling of self loathing and anger and bitterness at a world that refuses to take them seriously simply because they do not produce a paycheck. This is especially true as they get older. Their worth as artists is measured not in the incredibly valuable output so many of them produce, but in the monetary value of what they produce. In many ways this too is incredibly ironic, as the wealthy commercial artists (who are as talented btw) more often than not suffer a guilt that they have somehow sold out and envy the less commercially successful artists who are out here on the cutting edge of things making great breakthroughs and producing beautiful new work.

So yes, an artistic community where artists can live together would solve many of these problems, while of course bringing their own difficulties and challenges to the table. We need right now more than ever to protect one of our great natrual resources:  our small Island with so many incredibly gifted brilliant people. We also need to be truly open and international. We need to attract more artists, welcome new blood from all over the world, and create a network of self sustaining artistic communities to build a great gifted future for Ireland. Lets make this happen, the sooner the better.